“Hello Dungavel!”: observations on the use of video link technology in immigration bail hearings

“Hello Dungavel!”: observations on the use of video link technology in immigration bail hearings 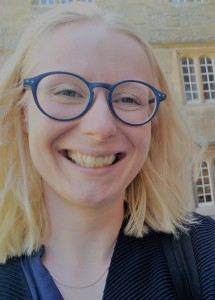 Immigration bail hearings are by nature unspectacular. They are short, take place in chaotic hearing centres, and have fewer immediate consequences than other hearings in the First Tier Tribunal (Immigration and Asylum Chamber). Still, they offer important insights into the processes of the UK immigration and asylum system, and the policy directions it is taking. For the applicants and their families at the hearings, they also offer respite from the cycle of indefinite detention and the physical and emotional violence it can inflict. Multiple factors already limit access to justice in immigration bail hearings.

The trend towards the increasing use of video link technology in immigration bail hearings exacerbates these.

HM Court and Tribunal Service (HMCTS) is undergoing a seven year reform programme, guided by the vision outlined in the ‘Transforming Our Justice System’ paper. As of 2016, it has a budget of over £1bn and has the dual aim of reducing the number of court and tribunal buildings and redirecting these funds towards the digitisation of HMCTS. ‘The Digitalisation of Tribunals’ research paper by the Public Law Project and supported by UKAJI provides a deeper analysis of the reform programme. One key development has been the increasing use of video link hearings. Video link technology has been used for over a decade in some immigration bail hearings, linking applicants in detention centres and prisons to their hearings in tribunal centres. It is now being used in the majority of immigration bail hearings, and there are plans to expand its use further into immigration tribunal case management review hearings and out of country immigration appeal hearings.

The Bail Observation Project notes that of 211 immigration bail hearings observed for their 2013 report, 50% of those heard via video link were refused bail, compared to 22% of those heard in person. My court observations of immigration bail hearings in Hatton Cross, Taylor House (both London) and Eagle Building (Glasgow), demonstrate a similar pattern. During my observations, bail was refused in 31% of the cases heard via video link and never refused in instances where cases were heard in person.

Many detainees say they prefer appearing by video link, as it means they don’t have to make the journey to a hearing centre and potentially lose their room in the detention centre or prison in which they are being detained. But as Transform Justice have noted, it is not clear whether applicants are aware of the difference in outcomes between video link and in-person hearings. reasons for the comparatively low success rate of hearings heard via video link are not yet established, but issues of time and space may be highly relevant.

Technical difficulties using video links were very common in my observations, delaying hearings further and leading to farcical situations. In one case, several minutes were wasted as an usher shouted ‘Hello Dungavel!’ at a screen before realising that the video link was on pause. By this time the detainee had been taken back to his room. Beyond causing delays to the hearings and visibly frustrating immigration judges, hearings continue to be stymied by the use of video link once the hearing is underway. During my observations, there were often sound or screen delays and the applicants’ financial conditions supporters (or sureties) in the public gallery were never within their field of vision. When video link is in use, legal representatives are only afforded a ten minute conference with their client before the hearing. This is insufficient, particularly if the bail summary has been served late and the representative needs to take instructions regarding any anomalies it may contain. Furthermore, if a legal representative needs to take instructions during the hearing itself, proceedings must be paused and court cleared whilst they speak.

Delays and frequent interruptions to proceedings when hearings are conducted via video link leads to frustration and impatience for all parties. In particular, simultaneous interpretation over video link frustrated some immigration judges I observed, who saw it as delaying the hearing and presenting a distraction. Indeed, simultaneous interpretation via video link certainly slows proceedings considerably as the interpreter is in court and not beside the applicant who requires their help. One particular judge at the beginning of each hearing would ask the applicant if their level of English meant it was absolutely necessary to interpret the proceedings. This would invariably result in the applicant’s acquiescence to the judge’s authority, even if this very question had to be interpreted for them.

Time, then, proceeds in a jerky fashion during immigration bail hearings conducted via video link. Hearings stop and start, participants wait, and then rush to finish a hearing ‘on time’. The combination of waiting and rushing can mean due process is not followed and a fair and effective hearing does not take place.

Space: the loss of co-presence

Many of the hearing processes assume all participants are present in the same physical space.

When trying to explain who the other people in the tribunal room were to an applicant, one immigration judge got tangled with the dynamics of video conferencing (“On my right, your left! Oh wait, perhaps your right too? No”). This was easily rectified but demonstrates how conducting a hearing via video link takes on a fundamentally different dimension and requires rethinking even basic procedures. The transfer of documents, too, becomes particularly problematic.

Eye contact, tone of voice, and body language also become increasingly difficult to transfer across video link. In several hearings I observed, applicants were unsure when they were being spoken to and would intervene inappropriately.

Immigration Judge: ‘I think you’d better pipe down and leave it to your lawyer.’

Immigration Judge (later): ‘Is that the reason you didn’t go to X? [After a pause] Well?’

Applicant: ‘Sorry, I didn’t know you were talking to me!’

Microphones are often not placed close enough to those present in the tribunal, and unless they are accustomed to speaking into microphones, these tend to be ignored. Instead, participants frequently speak towards the person they are addressing, making it difficult for the applicant to hear and participate from their alternative location.

Beyond the practical difficulties of relaying information between the applicant and the participants in the hearing room, hearings conducted using video link also lose elements of the atmosphere of an in-person hearing. In Rowden’s 2018 study into Australian distributed courts, (where all participants are presented using video link), many of the stakeholders described hearings as lacking the ‘body heat’ of in-person interaction. For the applicant, video-conferencing can also increase feelings of alienation and stress, particularly when they are the only participant being produced via video link. In the Ellis (2004) report, commissioned by the Immigration and Refugee Board of Canada to explore the role of video-conferencing in refugee hearings, eight of the fourteen Counsel respondents said that video-conferencing caused increased stress in their clients.

When applicants are presented using a video link, the space of the courtroom is sited in two discrete spaces. It is important to acknowledge that this fundamentally alters the nature of a hearing. The use of a technological mediator between these spaces changes the nature of the courtroom processes and alters how all hearing participants perceive and engage in the hearing. Practical and affective issues arise as a result, which limit applicant engagement and the effectiveness of the hearing.

Securing access to justice in immigration bail hearings is already a delicate task. The applicant needs sound legal representation and financial conditions supporters who can spend a day in a (often hard to access by public transport) tribunal centre. They require an immigration judge who allows for simultaneous interpretation when required and the Home Office to serve bail summaries on time. Video links make this balancing act harder, exacerbating many of the underlying issues with the processes that underpin immigration bail hearings. At present, the technology available in tribunal centres is not sufficiently advanced to replace in-person interaction and guarantee the applicant an effective hearing.

Immigration bail hearings constitute a time and a space that is more than the sum of its parts. Between the hearing room and the detention centre more is lost than eye contact and gesture. A fundamental lack of co-presence, atmosphere and participation decays the reliability of hearing processes. In the meantime, it remains to be seen whether video link technology could advance far enough to fill these gaps.

Jo Hynes is a ESRC funded PhD researcher at the University of Exeter, exploring the legal geographies of immigration bail hearings. Twitter: https://twitter.com/jo__hynes