Between the rules: Administrative justice and the enforcement of social security law in The Netherlands

Between the rules: Administrative justice and the enforcement of social security law in The Netherlands 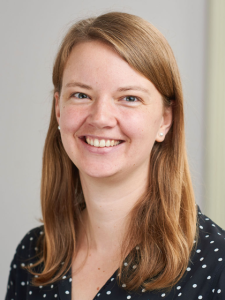 The Dutch political and public debate is currently dominated by the notion that fraud in social security must be severely punished.[i] ‘Fraud should never pay off’ is a commonly heard statement in the Netherlands. The Tightening of Enforcement and Sanctions Policy Social Affairs and Employment legislation came into effect on January 1st, 2013. This law introduced a stricter system for the legal sanctions of Social Assistance Agencies and the Employee Insurance Agency with the intention of deterring stubborn fraudsters. The law is therefore referred to as the ‘Fraud Act’. With the introduction of the Act, the Dutch legislator has expressed its wish that social security agencies should enforce the law more strictly.

One of the ways in which I analyzed the behaviour of front-line officials (street-level bureaucrats according to Lipsky[ii]), is by classifying them according to their enforcement styles. An enforcement style is a pattern of actions and concerns how officials act in their daily contact with clients to promote compliance with rules.[iii] Most previous studies focus either on how officials execute rules (see for example ‘modes of rule application’ by Kagan[iv]) or on how officials respond to rule violation (see for example Reis, Hawkins, Hutter or Scholz[v]). The enforcement style model that I use in this study – based on Peter J. May and Søren C. Winter – combines both aspects (dimensions): rule application and response to rule violations.[vi] The method of rule application can be (more or less) strict or flexible and the response to (possible) rule violations can be (more or less) persuasive or punitive. The combination of both aspects produces four possible enforcement styles: flexible punishment, strict punishment, flexible persuasion and strict persuasion.

I have studied five implementing agencies: three Social Assistance Agencies with the fictional names ‘Klarenzicht’, ‘Langebeek’ and ‘Menterhaven’ and two Employee Insurance Agencies with the fictional names ‘Arperdijk’ and ‘Blakendam’. The agencies were selected based on the location of the agency, the size of the agency and the enforcement reputation of the agency. Gaining access went relatively smoothly, probably mainly because I approached the agencies from the bottom-up. For example, I got access to the first agency based on my contact with their ‘social detective’ (enforcement official) and at another agency the first conversation was with their enforcement team manager.

In approaching the agencies, I first sent an e-mail explaining my research and ask to conduct this research at their agency. The second step was a meeting at the location of the agency (sometimes a phone call was necessary to let them agree with the meeting). After this meeting, the officials had to get approval of their managers. Usually I had to present my research to the higher managers before receiving final approval. One agency denied access based on my e-mail. In return for allowing access, I promised insights to the functioning of their organization. Additionally I guaranteed anonymity of their agencies and of their employees and clients. All agreements were recorded in a ‘contract’, especially to prevent them stopping using the collected data.  Next to this, I signed the confidentiality statement at all agencies and all agencies had the opportunity to respond to my manuscript before I published it.

This resulted in five case studies of the enforcement of the obligations laid down in Dutch social security legislation. I used several methods of data collection: participatory observations, in-depth interviews and an analysis of policy documents and files. During my fieldwork, I was present at the agencies for a total of eleven months in the period September 2015 to June 2017. I was there three to five days a week, and recorded my observations in different types of notes. All those involved were aware of being part of my research. The participating observations provided a picture of the daily activities of employees and their dealings with benefit recipients. In addition to observations, I conducted 66 interviews. All field notes and transcripts of the interviews were coded with Atlas.ti.

Glimpse of the results: Differences in enforcement styles

The third finding is that enforcement styles of front-line officials differ between and within the investigated agencies. The variation between the agencies can probably be explained by three factors: the management, the discretion that officials are given to handle the rules and the frequency of contact with beneficiaries. The research shows that the management differs, while some managers focus on work processes and formal rules, others give officials at lot of freedom to deviate from the rules. A great deal of discretion can lead to a more flexible and persuasive enforcement style because officials are given the room for a broader interpretation of the law. At the same time, this discretion can lead to a variation in enforcement styles because officials determine how they want enforce the rules. When analyzing the differences in the frequency of contact between beneficiaries and officials, the research shows that officials are more persuasive in agencies where they have more frequent contact with benefit recipients and therefore know benefit recipients better, than in agencies where officials have less contact with benefit recipients.

Variation within the agencies can partly be explained by the age, gender, position (in case of Social Assistance Agencies) and work history (in case of Employee Insurance Agencies) of the officials. This research suggests that older officials (aged 55 and over) may apply the rules more flexibly and respond less violently than other age categories. I also found a connection between the gender of the employee and the enforcement style of the official. The women surveyed respond more often punitively to violations, whilst men apply the rules more flexibly. The differences in enforcement styles may also be explained by the general attitude and views of officials. Furthermore, the position of officials matters: enforcement officials respond more often to violations by punishing and reintegration officials apply rules more flexibly. Finally, the work history has an influence. Namely, officials with a work history at the reintegration department lean towards a more punitive reaction to rule violations and officials with a work history at the Employee Insurance Agency itself lean towards a more flexible interpretation of the rules.

My study demonstrates that the enforcement of social security law differs in practice. All front-line officials find themselves located between the rules. For some officials, acting between the rules means that they are busy applying the rules in individual situations as correctly as possible. In doing so, they interpret the rules as strictly as possible, whereby they do not include their preference for the reaction to a violation. Yet for other officials, acting between the rules means that in individual situations they are mainly concerned with how they can align the rules to the situation of the client. In this regard, alignment with the beneficiary is paramount and the rules shift to the background. Front-line officials find ways to act between the rules, as they think is best suited in those situations. In their eyes, they deliver administrative justice in this manner by making the ‘right decisions’.

[i] This is also the case in the United Kingdom, see for example M. Adler, Cruel, Inhuman or Degrading Treatment? Benefit Sanctions in the UK, Cham: Palgrave Socio-Legal Studies 2018.

See also more recent the work of B. Zacka, When the State Meets the Street. Public Service and Moral Agency, Cambridge: The Belknap Press.

Funded by the Nuffield Foundation, we link research, practice & policy on administrative justice in the UK
View all posts by UK Administrative Justice Institute »
« Court of Protection Mediation Research – Where are we in the UK?
ADMINISTRATIVE JUSTICE: ORWELL, CRICK AND THE POLITICAL QUARTERLY »