Judicial review in England and Wales – Context and challenges ahead 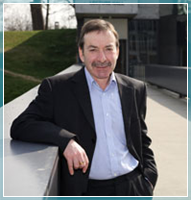 This article is the transcript of a presentation given at the Westminster Legal Policy Forum, ‘The future of judicial review – assessing the impact of changes to funding, costs and procedure’, held on 15 July 2015. The presentation slides, including graphs referred to, are available here.

I want to start by making some elementary comments about judicial review, which are the sort of comments that will be familiar to most first-year students; and they are comments that ought to be contained in a handbook for new Lord Chancellors. The inherent jurisdiction to supervise the legality of Government action is fundamental to our constitutional system and is rooted in the rule of law. It is not a luxury or a matter of Government largesse. The need to ensure that public bodies are legally accountable is fundamental to good Government, not contrary to good Government, and to that effect there’s a partnership between judges and public authorities, based on what Sir John Donaldson MR described in Huddleston in the 1980s as an aim to achieve the maintenance of the highest standards of public administration.

When Government is seeking to reform and curtail the use of judicial review it is important to bear in mind the following factors. The ability of a Government to curtail legal scrutiny of how it exercises public powers is a constitutionally significant matter, and it would be fundamentally inconsistent with the rule of law to enable a Government to determine whether and to what extent it is legally accountable. It is a question of legal accountability of itself and it is a fundamental precept that Government cannot control, and should not be able to control, its own accountability to the law.

It is a question of legal accountability of itself and it is a fundamental precept that Government cannot control, and should not be able to control, its own accountability to the law.

Limiting accountability is one thing, but removing it altogether is quite another matter, and it is by no means clear that even Parliament could do that, although thankfully that issue has yet to be decided by the Courts.

The growth in the use of judicial review has been largely driven by claimants bringing weak claims and abusing the process – true or false?

As far as the first of those assumptions is concerned, the question of numbers, there are two facets to this: Has there been a growth in the use of judicial review? If there has, has that been generated by abuse and by weak claims? The numbers are now well known and it’s not necessary to spend any time on this graph, but I think the graph, nonetheless, is very revealing.

There has been no significant growth in judicial review; the number of non-immigration judicial reviews has remained fairly static at around 2,000, and recent statistics show that these numbers are declining.

That scale of litigation may be large for a relatively small court to handle, but relative to the scale of Government and the number of decisions that have been taken by Government, 2,000 or so judicial reviews a year is not a significant number, I suggest, and it may well have been declining in relative importance.

So aside from immigration and asylum there’s no evidence of a significant increase in judicial review claims since the early 1990s. The number of final hearings, moreover, over the last decade has remained fairly constant, at around 400 to 500 cases annually.

The next dimension to the growth issue is whether there’s been an increase in abuse of the system, particularly an increase in the number of claims that are weak and frivolous. This chart shows briefly that the rate of permission grants has fallen consistently over the last few decades. That would seem to indicate that there’s been a decline in the standard of judicial review claims, but I would suggest that in fact there may be a more complex story to be told about this. There are a number of possible explanations for why this graph shows the trends that it appears to show.

The reality is that claimants’ success is often underestimated. In recent statistics the Ministry of Justice has said that claims for judicial review are only successful in about 1-2% of cases. In fact that’s a highly misleading statistic – it is based upon the percentage of all claims issued that are successful at final hearing, and a very large number of claims do not reach final hearing. While only a small number of claims are granted permission, a very significant number are settled prior to permission and often settled in the claimants’ favour. Moreover around 40% of final hearings are decided in the claimants’ favour. So the suggestion that only about 2% of claims are successful is very misleading. The other side of that coin, incidentally, is that about 2% of defences by public bodies are successful.

While only a small number of claims are granted permission, a very significant number are settled prior to permission and often settled in the claimants’ favour.

An increase in challenge may in fact encourage public authorities to increase the quality of their administration.

Much judicial review litigation is not worth the fuss and bother, essentially because it’s about process and technical matters and will rarely alter outcomes – true or false?

The third assumption is that judicial review is not worth the fuss and bother. It is widely assumed that judicial review litigation is about procedural matters and does not affect actual outcomes, and this is one of the prime motivations behind what is now Section 84 of the Criminal Courts and Justice Act 2015. This says, as you probably know, that relief or leave is to be refused where it is highly likely that the outcome for the applicant would not have been substantially different if the conduct complained of had not occurred. But the assumption that judicial review doesn’t affect outcomes is also one that is shared by many academics. For example, it has been said that a successful judicial review would most likely be followed by an agency remaking the same decision through taking care to avoid the earlier legal error; that is a quote from Australian academics Creyke and McMillan, showing that the issue is not limited to this jurisdiction.

In fact, whilst those are the assumptions, research on the effects of judicial review on claimants again paints a rather different picture. Recent research funded by the Nuffield Foundation, and with which I’ve been involved, with Varda Bondy and Lucinda Platt, on the effects of judicial review on claimants shows that the substantive outcome that claimants achieve can be very positive. We spoke to claimant lawyers involved in 198 cases. In 100 of those the judicial outcome favoured the claimant, in 43 of those cases a decision was quashed or declared unlawful and was reconsidered by the public authority. In 34 of those cases there were known outcomes, and in only 4 of those cases where there are known outcomes was the ultimate outcome unfavourable to the claimant. In 30 of the cases the public body made a fresh decision that favoured the claimant.

In other words, those findings suggest both that public authorities do seriously consider the consequences of a judicial decision, they reconsider their decision, and very often as a result of that reconsideration a fresh decision is reached, the outcome of which favours the claimant. Such favourable outcomes would not have been achieved but for the judicial review claim.

Public authorities do seriously consider the consequences of a judicial decision, they reconsider their decision, and very often as a result of that reconsideration a fresh decision is reached.

Now my last slide concerns challenges ahead. I’ve not mentioned costs, nor reductions in legal aid, which are adversely affecting access to justice, including judicial review. These are matters that no doubt will be discussed later. But as well as increasing unmet needs for redress, reductions in legal aid in particular are also creating problems for the Courts that we might also hear about, including how to ensure justice to increasing numbers of self-represented litigants.

It is important to recognise that judicial review is part of a large and complex system of administrative justice, and a major challenge ahead is to ensure that this system is capable of meeting needs. It is right that judicial review attracts attention, but it is often used because other potentially more proportionate and accessible routes to redress either do not exist or have failed. I think the fundamental challenge of our system is to ensure that there are proportionate means of redress to those who have serious disputes with public bodies.

The need for evidence

My comments also underline the value of robust empirical data, to inform evidence-based decision-making and to allow us to question some of the important and pervasive assumptions about the way the judicial review system, and other parts of the system, operate. In this context, I would invite you to have a look at the work of the United Kingdom Administrative Justice Institute which has recently been established with the support of Nuffield Foundation funding. The purpose of this institute is to encourage and develop research-based evidence about the way the administrative justice system operates.