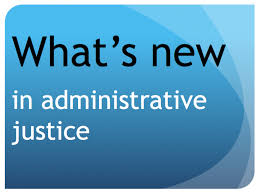 Following the outcome of the General Election on 8 June, the Queen’s Speech has been delayed until 21 June to enable the formation of an agreement between the Conservatives and the DUP.

In a Cabinet reshuffle, Liz Truss has been replaced by David Lidington as Secretary of State for Justice and Lord Chancellor, and David Gauke has taken over as Secretary of State for Work and Pensions. Dominic Raab has also rejoined the Ministry of Justice as a justice minister. The shadow Cabinet remains largely unchanged, with Owen Smith rejoining as Shadow Northern Ireland Secretary.

The Supreme Court has rejected an appeal by a mother and daughter who argued that women from Northern Ireland should be entitled to receive free abortions on the NHS in England. The Court by a majority of 3 to 2 rejected the argument that the Health Secretary’s failure to provide for free abortions for such women violated their article 14 rights taken together with their article 8 rights.

The Supreme Court has also ruled that the Government’s “deport first, appeal later” policy, contained in the Immigration Act 2014, is unlawful on the basis that it does not allow for an effective appeal, as required by article 8 ECHR. This was because of the logistical obstacles involved in bringing an appeal from abroad, in particular to give live evidence.

The National Assembly for Wales is to be renamed the Welsh Parliament following a public consultation. The power to make the change was conferred by the Wales Act 2017, and will be implemented as part of a wider package of measures.

The Care Quality Commission has published a report looking at how eight NHS Trusts have been able to make significant improvements in the quality of care they provide.

A new alliance has been formed to safeguard the interests of patients in the Brexit negotiations. The Brexit Health Alliance is made up of representatives from the NHS, medical research, industry, patients and public health organisations. The Alliance will seek to make sure that issues such as healthcare research, access to technologies and treatment of patients are given sufficient attention in the negotiations.

The Competition & Markets Authority has published the initial findings of its care homes market study, aimed at examining whether the residential care home sector is working well for elderly people and their families. The initial findings have raised concerns that some care homes may be breaking consumer law, as well as wider issues such as the adequacy of complaints procedures and whether residents are treated fairly.

A report has been published on a review of arrangements for disagreement resolution on special educational needs and disabilities (SEND), commissioned by the Department for Education. The review, led by researchers from the University of Warwick’s Centre for Educational Development, Appraisal and Research (CEDAR), explored two aspects of recent changes in SEND disagreement and dispute resolution. One aspect is the effect of the recent pilot extending the powers of the First-tier Tribunal SEND to make recommendations on health and social care issues. The other aspect is the impact on take-up of mediation and on rates of appeal of the introduction of compulsory mediation information prior to lodging an appeal to Tribunal. In its policy response to the Review, the Government stated its intention to have a two-year national trial of the extended powers for the First-tier Tribunal SEND, beginning in early 2018. It also plans to commission an evaluation of the trial and to work with relevant organisations to support clear communication about the trial.

« ESRC project grant: Research into access to justice for vulnerable and energy-poor consumers in the European energy market
Conference announcement – Being complained about: What can we do to support public services employees? »