Posted by M Doyle ⋅ May 1, 2018 ⋅ Leave a comment
Filed Under  CrowdJustice, Parole Board 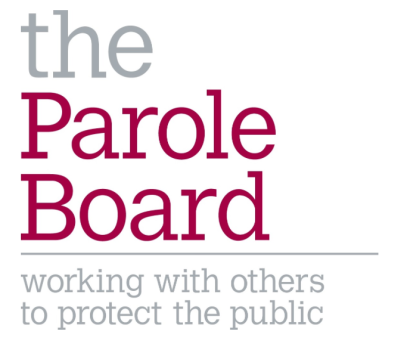 Transparency, accountability and the role of internal review – key administrative justice design considerations – feature in proposed changes to the way the Parole Board makes decisions.

The Worboys case, heard in the High Court on 13-14 March 2018, is the first time a victim has challenged a Parole Board decision. Two victims of the convicted rapist John Worboys successfully challenged the Board’s decision to release Worboys[1] from prison; their case was funded by a CrowdJustice campaign rather than legal aid. (Matrix Chambers, which represented the victims, has produced an explanatory note of the judgement here, which points out that an ‘exceptional feature of this case was the public interest in it, which amongst other things, meant that [the victims] could successfully crowd fund to cover their costs‘, including any potential costs liability if they lost.)

‘As far as we are aware, this series of cases is unique for a number of reasons. First, never before has a decision to direct the release of a prisoner been challenged. Because the only parties to a hearing before the Parole Board are the Secretary of State and the prisoner, it also follows that never before has judicial review been mounted by anyone other than a party to the proceedings. Second, there has never previously been a challenge to Rule 25 of the Parole Board Rules 2016 (S.I. 2016 No 1041) (“Rule 25”) prohibiting the making public of information about proceedings before the Parole Board or the names of persons concerned in the proceedings. The novelty of these challenges serves to emphasise its wholly exceptional features.’

In response to the successful judicial review, the Government launched a review that has resulted in a proposal for a new reconsideration mechanism to be introduced as a means of challenging a Parole Board decision; it will apply only to decisions made by the Parole Board to release or not to release a prisoner, which currently are the only decisions that have no process of reconsideration other than judicial review. The proposal is the subject of a consultation issued on 28 April 2018.

The proposed reconsideration is a form of internal review but conducted independently, by a separate division within the Parole Board, and judge-led.

One of the issues being considered is who should be able to request a reconsideration? Victims are not parties to a Parole Board decision and therefore this right could be one exercised only by the offender, the Board itself and the Secretary of State. (In the Worboys case, the Secretary of State declined to apply for judicial review, and neither other party to the decision (ie the offender himself or the Board) was likely to do so; this left the victims to apply, a source of ongoing anger given their dissatisfaction with the way the original allegations had been handled by the Metropolitan Police.)

The Court decided that the Parole Board rule prohibiting any information to be disclosed to the public about the Board’s proceedings was unlawful. The Court also noted that the Justice Secretary of State should have been named as a Defendant in the case because he was responsible for that rule, which the Parole Board could not depart from. The Parole Board itself had argued for greater transparency. As the Matrix Chambers explanatory note states: ‘Such transparency is of course the fundamental guarantor of accountability, and by extension, of good quality decision making’ (Matrix Chambers, 28 March 2018). The consultation proposes that transparency will be improved by the proposal to make a statement of the Parole Board’s reasons for its decision available to victims. In addition, the process of reconsideration is envisaged as a ‘mechanism [that] would be judge-led and as open and transparent as possible‘, but with safeguards in relation to private information about victims and Parole Board panel members.

This is one example illustrating the way that administrative justice design principles permeate the entire justice system, and rightly so. The Parole Board was set up as an advisory body to the Home Secretary just over 50 years ago and has evolved into an independent body with quasi-judicial functions. It makes decisions on prisoner release and is therefore an integral part of the broader criminal justice system. Yet it is also an example of state decision-making affecting individuals, both offenders and victims, and the means of challenging those decisions, and of holding public bodies to account, are fundamental matters of administrative justice.

Concerns about internal review mechanisms have been highlighted, most recently with the Department for Work and Pensions (DWP) process of mandatory reconsideration, introduced in 2013. In September 2017, the Work and Pensions Committee launched an inquiry into how the assessment processes for Employment Support Allowance (ESA) and Personal Independence Payments (PIP) are handled by DWP contractors and how the application, assessment and appeals processes for these two benefits are working. Robert Thomas and Joe Tomlinson, who have researched internal review mechanisms used by government departments, including the Home Office and the DWP, submitted evidence to the Committee regarding the quality of decision-making on review and the potential conflict of interest in a department reviewing its own initial decision-making. Unlike the DWP context, in which the internal review is mandatory before an appeal can be made to the tribunal, the reconsideration stage of a Parole Board decision is not proposed to be mandatory. Yet at least one of the recommendations made by Tomlinson and Thomas to improve the DWP’s process also applies to the Parole Board context: ‘To ensure their independence and to insulate them from political and administrative pressures, reviewers need to be separate and autonomous from initial decision- making institutions.‘

Administrative justice is a way of examining how justice is accessed and administered, and using it as a lens through which to scrutinise issues of design helps us to read across the justice system and consider how principles of transparency, accountability, fairness, and human rights can be applied consistently. In that sense, the introduction of new appeal rights (or the loss of appeal rights) or new systems of internal review are ones to be considered through the lens of administrative justice.

[1] Worboys was convicted in 2009 of 19 serious sexual offences; he was given an indeterminate sentence with a minimum of eight years, less time spent on remand. After that period had expired, the Parole Board decided in December 2017 to direct Worboys’ release.

« What is Administrative Law About? Power, Rights, and Judicial Culture in Australia
Windrush – what are the administrative justice dimensions? »