Poverty & Inequality in the UK: Proud to be British?

Poverty & Inequality in the UK: Proud to be British?

By Andrew Fagan (University of Essex) 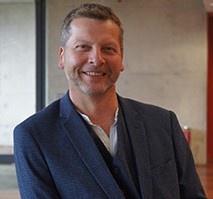 This post was originally published on the University of Essex Human Rights Centre Blog on 27 June 2019 and can be found here. It is re-posted with the permission of Andrew Fagan, to whom UKAJI is grateful.

Today the UN Special Rapporteur for Extreme Poverty, Philip Alston, presents his report on the UK to the Human Rights Council in Geneva.

Publish following his visit to the UK in November 2018, Alston’s report attracted a great deal of media attention. His report unequivocally condemns the UK government for its systematic violation of many of its obligations under international law, particularly core economic and social rights.

The picture he presents of the acute and chronic symptoms of poverty in the UK tallies with other studies and will be all-too familiar to those whose lives the report documents. It may also have caused some shock and consternation to those who imagined that contemporary Britain was a fair and equitable place to live.

Alston’s account of the extent of poverty and destitution across the UK continues to attract commentary and analysis. In this short piece, I shall consider the UK government’s response to Alston’s report. I situate my analysis by drawing upon  a variously attributed and variably paraphrased quotation: “The greatness of a nation can be judged by how it treats its weakest members.”  In considering the government’s response to Alston’s report, I extend the moral frame of the quote to include not only how the government is treating the very many vulnerable people living in the UK, but also how it evaluatesand assessesits own track-record in this area. An already calamitous situation can be made so much worse if those who created it refuse to take responsibility for the harm others must endure.

Alston’s report addresses the broad range of human rights commitments which the UK is legally bound to uphold under international human rights law. His extensive and carefully-sourced report catalogues an extensive collection of systematic violations.

In the world’s fifth wealthiest nation, 14 million live in poverty. Of these, 4 million people are more than 50% below the poverty line, and 1.5 million are destitute. In England, homelessness is up 60% since 2010 and rough sleeping has increased by 134%. There are 1.2 million people on the social housing waiting list. The use of food-banks has increased four-fold since 2012, and there are now about 2,000 food banks in the UK. In 2018, one third of all children in the UK live in poverty. The gap in life expectancy between the poorest and wealthiest communities has increased steadily since 2001 and is now 7.9 years for women and 9.7 years for men. In a recent House of Lords’ debate on inequalities in the UK, Lord Dubs indicated that a male child born in Kensington, Liverpool can expect to live 18 years less than a male child born in Kensington, London. The effects of extreme poverty disproportionately and discriminately impact specific groups of people, including women, the disabled, racial and ethnic minorities, children, single parents, those who live in isolated, rural communities and members of other historically marginalized groups.

Alston identifies a variety of ways in which government policies and actions have exacerbated systematic inequalities. These include the introduction of Universal Credit, wholesale reductions in local authority budget allocations, the continuing privatization and digitalisation of public welfare services, swingeing cuts to legal aid provision, and a wider reallocation of core public responsibilities to the market.

His report concludes with a set of detailed recommendations, which the UK government should implement in order to meet its international obligations.

The UK government’s reaction to Alston’s report has been predictably depressing for all who contend that the greatness of a nation can be measured by its concern for the weak and vulnerable. The most virulent responses have described the report as “nonsense”. A spokesperson for the Department for Work and Pensions (DWP) denounced the report for presenting “a completely inaccurate picture of our approach to tackling poverty.” Amber Rudd, the DWP Cabinet Minister is even reported to be seeking to lodge a formal complaint to the UN.

More sober-minded government responses acknowledge the existence of poverty in the UK. However, this admission is typically immediately followed by an insistence that the creation of (almost entirely private-sector) employment provides the single most effective remedy to extreme poverty. On this view, the market is accorded the principal, if not sole, task of enabling the government to meet its economic and social rights obligations. Notwithstanding a myriad of complex intellectual and ideological objections to such approaches, in the case of the UK, the government’s faith in employment as the remedy to extreme poverty flies in the face of the harsh realities experienced by many working people. 4 million people in poverty are employed and half of all of the working aged people in poverty are working. Almost 60 per cent of those in poverty in the United Kingdom are in families where someone works. 2.8 million people are in poverty in families where all adults work full-time. Merely being in work does not guarantee protection against the effects of poverty in the UK.

The government’s focus upon a manifestly inadequate remedy for tackling systematic poverty and structural inequality within the UK is entirely consistent with a broader neoliberal aversion to state welfare provision and an accompanying blind faith in the capacity of the market to deliver optimal social goods. It also illustrates the extent to which partial ideological commitments are exacerbating poverty and inequality within the UK and beyond.

Paradoxically perhaps, the charge of ideological bias has typically been levelled against Alston’s report. This allegation can be turned on its head. Let us be clear: the condemnation of extreme poverty is not the sole preserve of politically-partial standpoints, such as socialism or social democracy. Holding a sovereign government to account for its failure to protect the most vulnerable and weakest members of its population is not based upon narrow, party-political prejudices. The principles which the UN mandate derive from do not entail the establishment of socialism or the overthrow of global capitalism. They do, however, unashamedly appeal to the equal opportunity of all human beings to lead a decent and dignified life. Alston’s UK report demonstrates the extent to which increasing numbers of people do not enjoy this most basic and reasonable of demands. In so doing, and by returning directly to the quotation I have used to frame this discussion, Alston’s report provides a powerful motivational force for all of those in the UK who believe that a nation’s claim to “greatness” must include a due concern for the most vulnerable. Clearly, this does not include the current UK government.

Andrew Fagan is a Senior Lecturer at the University of Essex and the Deputy Director of Essex’s Human Rights Centre.

Funded by the Nuffield Foundation, we link research, practice & policy on administrative justice in the UK
View all posts by UK Administrative Justice Institute »
« Producing the next UK White Paper on Welfare Benefits: the Commission on Social Security, led by Experts by Experience
Research proposal from PHSOtheFacts »