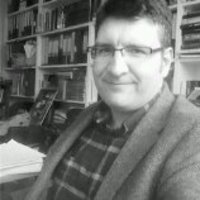 Two years ago on this blog, we drew attention to the immigration judicial review system—by far the most active area of judicial review litigation and the vast majority of all judicial reviews in England and Wales. In that post, we identified why there was a pressing need for further empirical exploration of the topic: not only was there a lack of understanding of litigation patterns but, on the basis of the evidence available, it seemed there was an issue of whether disputes were being channelled appropriately to judicial review (Paul Daly’s reflections on this post are available here).  Since then, we have set about trying to build the evidence base that we argued was necessary to advance understanding. We collected data on the types of immigration judicial review claims and the views and experiences of people involved in the system. Our approach to the research was to collect both quantitative and qualitative data. We then combined the data gathered through these methods to inform our analysis. Our data included case-file analysis of Upper Tribunal judicial review cases and interviews with judges, representatives, users of the system, and others. We also undertook observations. Our full findings are set out in a detailed report, which we are publishing today. In this post, we provide a summary of our key conclusions.

Following the transfer of most immigration judicial reviews from the Administrative Court to the Upper Tribunal in 2013, the tribunal’s caseload was initially very high, but has since declined. Most judicial reviews are fact-specific; they turn on their own specific facts and circumstances and tend not to raise wider points of law and policy. Many claims raise issues concerning the application of asylum and human rights law, especially the right to respect for family and private life under Article 8 of the European Convention on Human Rights. Many judicial reviews are lodged in an attempt to secure an in-country right of appeal (instead of an out-of-country appeal). While there is an ongoing debate about the relative advantages of appeals as against judicial review, the removal of appeal rights under the Immigration Act 2014 does not seem to have led to a significant increase in judicial reviews.

Many judicial review claims are refused permission because the Upper Tribunal decides that they are unarguable. The use of template, standard, and unparticularised grounds of challenge is a common, though not universal, feature. There are continuing concerns regarding the variable quality of representation for claimants. Action has been taken to deter lawyers from repeatedly lodging abusive and vexatious judicial review claims. Anecdotally, this may have led to a reduction in the volume of judicial reviews. There is evidence that some people are at risk of exploitation by unscrupulous advisers. At the same time, good quality representatives work under a range of pressures and find that this environment can hinder their work.

As regards the categories of immigration judicial reviews, there is a wide range of immigration decisions that are challenged by way of judicial review. However, much of the caseload is concentrated within a few categories of case: asylum and human rights claims certified as clearly unfounded; fresh asylum and human rights claims; and removal decisions. Many judicial review challenges are lodged either to secure an in-country appeal or to prevent or delay an individual’s removal from the country. Challenges to Home Office delay used to feature prominently in the caseload, but this is no longer the case.

There is a wider debate concerning the appropriate remedies that should be available. Judicial review is an important remedy, but its scope is relatively limited. By contrast, appeals to tribunals involve a full re-hearing of a case. We encountered the view from representatives that a right of appeal to the tribunal is a more preferable and effective remedy than judicial review. We also encountered the argument that some specific types of decisions that affect an individual’s fundamental rights, but are currently non-appealable, should attract a right of appeal. These include decisions concerning human trafficking, statelessness, and domestic violence.

As regards claimants, we found evidence that they are often desperate and find the process difficult to understand and stressful. Most, though not all, claimants are legally represented, but the quality of such representation varies enormously. Most claimants are self-funding. Very few claimants appear to be in receipt of legal aid. The process for seeking Exceptional Case Funding is perceived as being difficult. We encountered concerns about the ability of litigants in person to navigate the system effectively. The judicial review process was not designed with litigants in person in mind and there is accordingly a need to address the situation of litigants in person by, for instance, greater provision of guidance. The Upper Tribunal is aware of this challenge.

The wider programme of tribunal modernisation will in the future mean that aspects of the judicial review process will be digitalised. This will include both online applications and document-sharing. This is likely to enhance the efficiency of the process. Nevertheless, the parameters of the project are still being developed. More information needs to be made public about the project to enhance transparency and give the public and stakeholders the opportunity to scrutinise the project’s development. The greater use of Tribunal Caseworkers, another part of the ongoing reforms, will free up judicial time, but needs appropriate monitoring and oversight.

There is little reason to think that alternative dispute resolution would operate effectively as an alternative to judicial review in the immigration context. Nonetheless, the various forms of alternative dispute resolution already built into the process, such as administrative review, re-application, and settlement, could be made to work more effectively. The full implications of the withdrawal of appeal rights by the Immigration Act 2014 requires wider evaluation. The question whether to restore full appeal rights is a policy question. Nonetheless, it is arguable that certain decisions affecting issues of fundamental rights – human trafficking, statelessness, and domestic violence – could be more effectively handled through appeals than judicial review.

From one perspective, our findings pertain to the immigration judicial review system and we hope the new evidence we gather benefits the advancement of that specialist discussion. From another perspective, however, this is also a study of what many judicial reviews look like in a state where public law litigation typically revolves around large machine bureaucracies. It is striking how different the realities of this area of litigation are next to the discussion of judicial review often found in constitutional theory.

Professor Robert Thomas is Professor of Public Law at the University of Manchester.

Dr Joe Tomlinson is Lecturer in Public Law at King’s College London and Research Director of the Public Law Project.

Funded by the Nuffield Foundation, we link research, practice & policy on administrative justice in the UK
View all posts by UK Administrative Justice Institute »
« Lowering or raising the language barrier? Reflections on interpretation, translation and the digitalisation of immigration tribunals.
UKAJI July 2019 round-up »