Online hearings and the quality of justice

Online hearings and the quality of justice 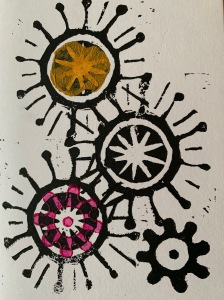 In response to the Covid-19 pandemic, Her Majesty’s Courts & Tribunals Service (HMCTS) has increased the use of audio and video technology to maintain the functioning of the justice system. However, whether such measures can adequately replace face-to-face hearings and how they will impinge on the quality of justice, is unclear.

Giving guidance to the wider judiciary on March 19, the Lord Chief Justice stated that ‘the default position now in all jurisdictions must be that hearings should be conducted with one, more than one or all participants attending remotely.’ The bespoke video software the courts service has been developing is not ready, so most cases have been heard via Skype or teleconferencing. Susan Acland-Hood, Chief Executive of HMCTS, has urged participants to embrace these options ‘wherever they can’ and for everyone involved to remain patient when experiencing inevitable bumps along the way.

For many, such changes are welcome. The justice system is notoriously inefficient, with government statistics showing that the average crown court case takes 525 days to go from offence to completion, a rise of about a third since 2010. Since then, about 295 courts across England and Wales have closed and the criminal court backlog has reached a two-year high. The recent closure of more than half of HMCTS (in line with public health advice) can only compound the problem. If too much court business is simply adjourned due to the virus, access to justice – in the Lord Chief Justice’s words – ‘will become a mirage’.

Since people’s legal problems aren’t going to disappear whilst the coronavirus situation develops, online hearings will maintain access to justice and a relative sense of normalcy. Richard Susskind, a staunch advocate for online courts since 1981, thinks their moment has finally come. Government statistics indicate that before Covid-19, about 100 hearings a day were held at least partially via conference call or video-link. By April 6, that number had increased to around 1,850 and approximately 85% of cases heard in England and Wales used audio and video technology. The use of technology has extended beyond the courts to judicial bodies such as the Special Educational Needs and Disability tribunal and the Court of Protection (CoP).

However, concerns remain about holding substantive rather than administrative hearings online. A reliance on remote hearings carries the inherent risk of a trade off between the expediency and the quality of justice. Barrister Colin Yeo, in an interview with BBC’s Law in Action podcast argues that although fairly unproblematic in relation to straightforward hearings, for contentious cases, ‘they really don’t work very well at all’.

Online hearings have inevitably run into practical difficulties. Whereas some cases have been heard via modern systems like Zoom or Microsoft Teams, local HMCTS managers were insistent that judges should only use Skype or BT telephone conferencing – platforms which are notoriously clunky and unreliable. Due to technological glitches, lawyers face difficulties communicating with their clients and hearing the opposition. Proceedings are often disrupted by the relentless pinging of emails, dropping from the parties into their counsels’ inboxes, rendering it almost impossible for their lawyers to concentrate. The Lord Chief Justice has also conceded that ‘long hours in front of a screen or on the phone concentrating hard are more tiring than sitting in a court room with all the participants present.’

The judges are not immune, with one anonymously writing that the hearings ‘have generated a lot of difficult decisions around their process, and a lot of anxiety.’ Overwhelmed by inconsistent guidance and the lack of an authoritative framework, the misleadingly simple question of whether or not a case could ahead has proven uncomfortably hard to decide. Experience in the family court affirms that while straightforward and short hearings are handled with relative ease, the question remains whether contested trials can run smoothly without face-to-face hearings.

Arising from these practical concerns are subtler normative questions of justice. There is little positive evidence on the impact of online hearings on justice outcomes or the right to a fair trial. A study by Western Sydney University found that clients who weren’t sitting with their lawyers on video link from the same remote location were more likely to be convicted. Noam Ebner has warned that mediators who use online dispute resolution systems are potentially biased towards parties who are more adept in using technology.

Dr Rabinovich-Einy observes that online hearings risk losing sight of the person involved as an individual, seeing them more as merely a statistic. A judge can show mercy when they see a person before them whereas there is a risk that such empathy dissipates in an online setting. Audio and video hearings operate at the cost of an inability to connect to one another, with the risk that judges are compromised in their ability to conduct hearings with empathy, fairness and understanding. Indeed, a 2010 government study found that defendants who appeared on video link from police stations were more likely to get an increased prison sentence and less likely to receive a community sentence.

These concerns are particularly worrying in the context of litigants with capacity issues and their families. For example, Celia Kitzinger drawing on her experiences supporting Sarah, the daughter of a litigant who was the subject of a recent online CoP proceeding writes that ‘there was a marked lack of empathy displayed for Sarah throughout this hearing’. Online hearings make it difficult for judges to create an atmosphere of trust and compassion, causing witnesses and litigants to feel invisible, deprived of the opportunity to speak out and give voice to their case. To Sarah, ‘it just felt like a second-rate hearing.’

In a letter published on April 15, the judiciary claimed that ‘the court should start from the position that a remote hearing is likely to be consistent with the interests of justice.’ Given that there is significant evidence to the contrary, this claim is by no means uncontentious. More data is needed to better understand the impact of remote testimony on judicial outcomes.

Perhaps an interesting point of comparison is Singapore’s judiciary, which has stopped hearing all non-essential and non-urgent cases since the lockdown. In determining whether a case is urgent, courts will have regard to, among other things, whether the determination of the outcome of the matter is time sensitive, and whether there is any legal requirement for the matter to be heard within any timeframe. To handle the backlog, the courts will give up their usual recess once the lockdown is over. Last week, the Supreme Court held its first fully virtual hearing, acquitting a man for drug-related offences. Likewise, the Australian courts have adjourned hearings on the basis that cross-examination by video link may lead to unfairness to both parties and when the subject matter proves to be unduly complex.

The right to a fair hearing is crucial in fostering trust and confidence in the judicial system, and a fundamental human right enshrined in domestic and international law. If online hearings adversely impact the quality of justice, then HMCT’s measures will represent ‘justice’ only in name but not in substance.

Funded by the Nuffield Foundation, we link research, practice & policy on administrative justice in the UK
View all posts by UK Administrative Justice Institute »
« Germany – a federal executive power grab?
The Emperor has no clothes: A sober analysis of the Government response to Covid-19 »