A Manifesto for Ombudsman Reform

A Manifesto for Ombudsman Reform 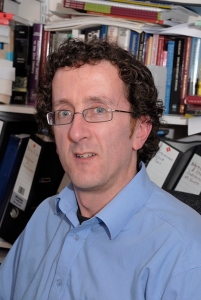 As we write this post, it is easy to feel overwhelmed by events set in train by the Coronavirus epidemic. UKAJI has helpfully detailed the scale of administrative justice matters that need urgent attention. In that context, in the short to medium term, institutional reform is rightly very low on the agenda.

Public policy and public administration will, however, return to normal, although it will no doubt be a much revised ‘new normal’. In that environment, the need to reflect upon and remodel our administrative justice system in key respects will be, if anything, more urgent than before. In the middle of the Coronavirus lockdown we published A Manifesto for Ombudsman Reform, a collection of essays providing targeted proposals for legislative reform. The Manifesto seeks to persuade policy-makers and legislators of the need for legislative reform to a number of the public service ombud offices operating in the UK (particularly those based in England), and to evidence the ways in which that reforming legislation should be designed. In our view, none of the proposals made in the collection has been rendered out of date by the events that have taken place in recent weeks. If anything, there may be an argument that we were not radical enough, and that new solutions may need to be added to our proposals.

Reform of the sector has been a goal for decades now, but despite much agreement as to the objectives, has regularly been forestalled by other more urgent priorities. A joint UKAJI, Ombudsman Association, Justice event in 2018 focused on the most recent endeavour, a 2016 Public Services Ombudsman Bill. Part of the discussion turned to the reasons why reform had not occurred. On this point, the current Parliamentary and Health Service Ombudsman, Rob Behrens, suggested that it was too easy to blame the legislative logjam caused by Brexit for the failure of the government to implement its promises for a new integrated public service ombud office. The failure has also been caused by the lack of hard evidence to support the need for reform. This book represents a direct response to this challenge.

In taking on the challenge, the Manifesto provides detailed analysis of some of the main issues that will need to be considered in creating a new public service ombudsman (PSO), in part by applying evidence from around the globe. It argues that the current period offers a once in a generation opportunity to reshape the public service ombud sector in the UK around a coherent vision of administrative justice, one that enables the office to identify systemic maladministration and promote a more strategic oversight of public administration than is currently possible.

As one would expect, there are inevitably differences of opinion as to the best design solutions for the proposed new public services ombud. In a provocative foreword to the collection Jim Martin, a former office at the Scottish Public Services Ombudsman, makes clear that he does not agree with all of our ideas. Nevertheless, in a joint chapter we, as editors, suggest that as a starting point five principles for ombud reform should frame the debate.

Above all, we argue that what is needed is the introduction of new legislation that not only fixes perceived current problems in the ombud sector, but is capable of providing the foundations for a successful office over several generations. This legislation should better equip the office to contribute towards the delivery of administrative justice by combining flexibility and ambition in the powers granted to the PSO, while constraining the office through well-constructed accountability devices and duties rather than unnecessary legislative prescription.

The following chapters in the collection provide more detailed (and sometimes more challenging) analysis of the issues involved in ombud reform.

Nick O’Brien seeks to answer the question of what sort of PSO we want and need. His call to reimagine administrative justice is now well known (eg see his book with Margaret Doyle). In this collection, he argues for a ‘demosprudential’ path for the future ombud, one that values community, human rights principle, and deliberative practice. This will require the acquisition by the PSO of different powers, as well as a willingness and capacity to use them.

Carolyn Hirst (with Gill) considers the scope of the ombud’s jurisdiction, arguing for an integrated approach to English public services, and laying out a set of criteria to assess the validity of varying from that template. Chris Gill evidences the importance of own-initiative powers of investigation, and common arguments against creating such powers. The case for this is four-fold: the prevalence of these powers and successful experiences internationally; evidence in relation to complaining behaviour and the non-emergence of disputes; evidence in relation to under-representation of vulnerable groups; and identification of clear added-value contributions arising from own-initiative powers. Gill also argues that it will be important for the new ombud to possess powers to operate as a complaint standards authority, based on three arguments: evidence shows that problems within public service complaint systems are acute and urgent; the scale of these problems means that formal intervention is likely to be required; and the ombud is best placed in terms of expertise to address these issues.

Naomi Creutzfeldt considers how the interests of the individual complainant should be built into new legislation. Informed by empirical evidence from her ongoing research, the chapter focuses on three topics: (1) procedural fairness; (2) managing expectations; (3) systemic learning, data collection and reporting. Richard Kirkham identifies a range of legislative reform measures that will add clarity and refinement to the powers of the ombud design, particularly around transparency and procedural fairness. Brian Thompson rounds off the collection by analysing the challenges of building a strong accountability structure around the new institution, exploring the government’s recent proposals to establish a fresh design for the corporate governance of the new public service ombud.

In bringing this book together, we are extremely thankful to the Nuffield Foundation for funding the workshop upon which this collection is based. Much has changed since that workshop that may encourage some to view the role of ombuds more sceptically. If future inquiries into the public sector’s handling of the coronavirus uncover systemic problems, the question may be asked why the ombud sector had not formerly raised the alarm. Others may question whether the focus on complaint handling of recent decades has been misplaced, and costly. Such cynicism needs to be resisted. Oversight of public administration is needed more than ever, but the institutions that deliver oversight need to be better designed to equip them for the job demanded of them. In this respect, not only are the powers of the English-based public services ombuds outdated, they need to be designed to facilitate a more nimble and targeted form of accountability capable of promoting institutional learning. In the words of the Carol Harlow – “Roll on reform, please!”

Funded by the Nuffield Foundation, we link research, practice & policy on administrative justice in the UK
View all posts by UK Administrative Justice Institute »
« The Emperor has no clothes: A sober analysis of the Government response to Covid-19
Public law values in times of lockdown: lessons from the Belgian case »

4 thoughts on “A Manifesto for Ombudsman Reform”