Judicial review and Covid-19: reflections on the role of crowdfunding

Judicial review and Covid-19: reflections on the role of crowdfunding 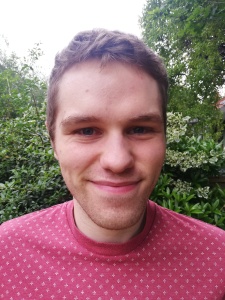 The Government’s response to the Covid-19 pandemic has been subject to significant numbers of judicial review challenges, many of which have been financed using crowdfunding. These cases, and the public’s responses to them, illuminate some of the opportunities and threats posed by this resource as a form of judicial review funding.

There are at least two benefits of crowdfunding that have become particularly apparent in the pandemic. Firstly, it can offer a quick and expedient method for claimants to raise money towards potentially otherwise unaffordable litigation. The current environment for public interest judicial reviews is one of scarce state funding and high costs risk. Into this context, crowdfunding provides an alternative, democratised source of funding. As a result of the internet removing spatial boundaries, people across the country can become aware of a cause and vast sums can be generated in little time, often using the website CrowdJustice. This has always been the site’s purpose. But the present context has emphasised its strength in achieving this function – at least 13 crowdfunded cases have been brought challenging the Government response to Covid-19, and more are being advertised. One case seeking better provision of Personal Protective Equipment has raised its initial target of £60,000. Another, brought by a frontline NHS doctor contesting the Government’s refusal to release the report of a 2016 pandemic simulation, has received £45,000. These large figures are testament to crowdfunding’s role in helping citizens mobilise resources behind popular causes in a relatively short amount of time. Given the urgency of the challenges, and the fast-moving nature of administrative justice in the pandemic, the speed with which campaigns can be disseminated and supported online is particularly valuable, facilitating quick resolutions where decision-making has faltered.

Secondly, crowdfunding provides opportunity for public participation in decision-making. It is frequently suggested that donating to crowdfunding campaigns constitutes a form of civic engagement, and that crowdfunded public interest litigation has a unique ability to represent the collective frustration of potentially thousands of people with government (in)action. With people being asked to ‘stay at home’ where possible, this precludes many expressions of collective political voice. Financially supporting a legal challenge therefore appears one of the most direct opportunities for citizens to express views in a manner that could influence policy. Indeed, upon reading the cases’ ‘comments’ on CrowdJustice, many donors clearly frame their contributions in this way. Numerous comments speak of a ‘duty’ to hold the government ‘accountable’, and that contributing to the particular cause helps to fulfil that duty.

So, crowdfunding provides an important avenue for political participation in a situation where people may otherwise feel powerless. As Joe Tomlinson notes, a case that proceeds having attracted thousands of donors could perhaps claim to have a ‘popular approval’, although he suggests such an assertion would be highly contestable. Some may argue that this lends the cause legitimacy and sends a statement to policymakers about public opinion on the issue at hand.

The perils of crowdfunding

Conceiving of judicial review funding in terms of civic participation may raise ethical dilemmas. Simon Dolan – one of the UK’s wealthiest entrepreneurs worth a reported £142 million – has advertised a case challenging the legality of the lockdown, and raised over £155,000 so far. He has admitted that the case has been funded as far as a court hearing without requiring crowdfunding, and that the crowdfunding page was set up only in case the challenge became prolonged. In the same statement, he suggested that ‘[w]hen people actually start putting their hands in their pockets it’s a far more powerful message’. With almost 5,000 donors at the time of writing, the message is indeed more powerful than if Dolan had brought the case without seeking donations. However, crowdfunding arguably exists to democratise litigation financing and ensure causes with no other means of funding can proceed. Through this lens, one of the nation’s wealthiest businesspeople asking the public for donations to a case which has already been funded as far as court becomes suspect. This is especially so given several of his donors have been financially affected by the crisis themselves.

Dolan’s actions could be said to be facilitating public participation, ensuring representation for those who oppose lockdown, given they appear to be only a minority of the public capable of being overlooked. Yet the use of crowdfunding may also be seen as constructing a symbolic sheen of popular legitimacy – a ‘gimmick’ – where citizens donate to a case that appears capable of proceeding even without their donations.

This suspicion seems especially concerning when there are other cases – cases which appear equally, if not more, arguable – that have received substantially less funding. Notably, a challenge for state bodies to set minimum health standards in order to protect Uber drivers and passengers has received only £1,000 of its initial £10,000 target, with only a few days remaining at the time of writing. This enormous inequality is an inherent feature of a funding model premised on popularity, where some causes will inevitably gain less traction, and less coverage from traditional and social media. In the Covid-19 context, it is notable that some of the cases receiving the most donations are those which affect vast swathes of the public. The entire population is affected by the Government’s transparency and policy on the lockdown, while the support for the Personal Protective Equipment case is no doubt influenced by the public’s reliance upon and goodwill toward the NHS throughout the pandemic. Comparatively, those directly affected by safety policies for Uber rides are few. It seems likely that many citizens will donate to challenges perceived to affect their health and liberties – particularly when framed in language of information being hidden and civil liberties being infringed. By contrast, they appear far less likely to part with money for a cause which could seem distant, esoteric, and relatively unimportant. This is entirely understandable. But it intensifies questions as to the suitability of crowdfunding for enabling cases of genuine public interest to be brought into the administrative justice system and holding the executive to account – even if these are claimants and causes that lack popular backing and are not immediately eye-catching.

A final concern discussed here relates to the systems that crowdfunding websites employ to filter out cases. CrowdJustice requires that those promoting a case must have engaged a solicitor or be working with a registered charity. While this should ensure that cases with no legal merit are prohibited, it does not preclude a campaign that has at least some degree of merit being advertised in an ethically concerning manner. One case that has been posted on CrowdJustice by a group called ‘The People’s Brexit’ claims that ‘The Coronavirus Act 2020 is Null and Void’. There are several causes for concern with how this case has been presented. Firstly, the advertisement makes several extreme claims:

Although these claims are exaggerated and inappropriate, they may be persuasive to segments of the public, and the case has attracted £13,000 in a short amount of time. Yet the group never addresses the elephant in the room: according to its suggestion that the Act itself is null and void, the group is campaigning to challenge a piece of primary legislation through judicial review. It states that the ‘government’ has acted ultra vires, but the fact that the Act has received parliamentary approval goes unmentioned amid claims of a government dictatorship. In fact, upon a closer reading, the group is also seeking to prevent the Government from testing for coronavirus, without clarifying how this relates to the notion of the Act being void or how either issue will be challenged in judicial review. It may be that it is the testing that is being proposed for judicial review rather than the Act’s legality – it is not apparent either way. The appeal employs impassioned language about freedom and democracy and strongly implies that supporting the case will help overturn the Coronavirus Act, without articulating a basis in law for a challenge and specifying which state action will be challenged. This may persuade people to donate to a futile cause that will not achieve the goal they expect. One donor who pledged £100 stated:

In implying to its audience that this outcome is possible, the group has created false expectations and acted dishonestly.

Furthermore, donors’ comments are sometimes distasteful. There are several references to Covid-19 having been planned by authorities. This indicates one difficulty with embracing crowdfunding as civic participation – uninformed and dangerous narratives may be legitimised by their presence on the site alongside more rational concerns related to public health, liberty, and good governance.

The presence of a campaign advertised in this manner therefore raises interesting questions about the role of crowdfunding sites themselves. The extent to which CrowdJustice will take an active role in vetting such cases remains unclear. They might remove them and protect their reputation in the face of any negative publicity, but could equally be reluctant to be accused of partisanship in only hosting certain causes and not others. CrowdJustice also takes a 5% fee for all cases which meet their funding targets. Therefore, even if cases raise ethical questions, there may be an incentive to allow those that seem likely to meet their targets, which this case may. At the time of writing, the case remains on the site. It will be informative to observe the site’s reaction to any dubious cases moving forward, as indication of how active it perceives its vetting role to be.

Funded by the Nuffield Foundation, we link research, practice & policy on administrative justice in the UK
View all posts by UK Administrative Justice Institute »
« UKAJI May 2020 round-up
Delayed publication of coronavirus regulations and legal certainty – concerns and protections »

5 thoughts on “Judicial review and Covid-19: reflections on the role of crowdfunding”