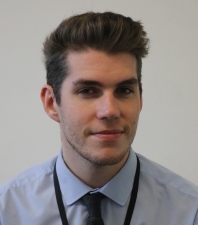 A major project to map the bodies that make up the administrative justice system in Scotland was published last November by the Scottish Tribunals and Administrative Justice Advisory Committee (STAJAC). Here Alan Morrison, author of the report and Policy and Research Officer for STAJAC, describes the approach taken to the project and the hopes that the work will be taken forward now that STAJAC has come to an end.

The Committee were keen to “map” the relevant institutions, key processes and redress mechanisms which can be said to form the administrative justice and tribunals landscape in Scotland. This would involve both devolved and reserved bodies. It was key to the exercise that it should be approached from the point of view of the user. This would also differentiate the report from other exercises undertaken to map administrative justice systems. Such work which already existed had mapped aspects of the system, and had invariably given an overview of the system based on the institutions and processes involved.

This exercise, in contrast, would aim to detail (in general) the individual dispute resolution and redress mechanisms which together form the landscape, and would do so by grouping these together in subject areas. The entry point for users to any justice process is from the issue they are faced with having to resolve – rather than a knowledge or assumption about the applicable process – and it was this rationale that underpinned the Committee’s approach to the report.

The mapping report is the result of the Committee’s vision to build up a picture of the way in which administrative justice reaches into all aspects of our private, organisational and business lives, as well as to illustrate the very fragmented administrative justice landscape. Whilst it can’t be said to be a fully comprehensive representation of the landscape in Scotland, it is the most comprehensive report of its type. Given constraints of resource and time, there is no doubt that some processes may have been overlooked.

The report is set out in a user friendly manner – with chapters dedicated initially to an overview of the system, and then to subject areas which set out (in general terms) the relevant parts of the landscape in relation to that area. These are wide-ranging and include, for example, Education and Learning; Environment, Heritage, Water and Waste Management; Food and Agriculture; and Taxation, Revenue and Social Security. Organograms depicting the routes of redress detailed in each subject chapter are provided at the end of the chapters, providing an “at-a-glance” view of the complexity and often busy nature of the landscapes.

The difficulties in producing a report of this type were numerous. Initially, there was a need to delineate the scope of the report – no mean feat, given the nuances inherent in the system. Questions arose regarding the inclusion of party-v-party tribunals and the interaction in the system of professional regulatory bodies. The Committee took a rather wide approach – as well as including all statutory rights of appeal and review in relation to decisions of public bodies and tribunals, party-v-party tribunals were included (forming an important part of the tribunals landscape) as were professional and regulatory bodies which could lead to a statutory tribunal, or where regulation related to professionals who, by virtue of appointment or employment, perform a public service.

The Committee are indebted to the countless individuals and organisations who contributed to the report. The interaction of these contributors, where available, was invaluable in understanding and explaining in general terms the processes they are involved in.

The Committee has now been disbanded, having reached the end of its lifespan in November 2015. The Committee were acutely aware of the ever-changing nature of the administrative justice and tribunals landscape. Several major changes in Scotland are on the horizon – not least tribunals reform and the devolution settlement. The mapping report in its current form will quickly become outdated if it is not kept up to date along with these and other changes. The Committee’s vision was that this report would become a ‘living resource’ – that will be updated and refreshed as required, to reflect the changing face of the administrative justice landscape in Scotland. Concerns remain as to whether or not this valuable start at such an exercise will be updated, and by whom.

It is the Committee’s firm belief that this report provides a valuable start in setting out exactly how wide, exactly how complex and exactly how fragmented the administrative justice landscape is in Scotland. We are all aware that the system is large and complex, but this report vividly illustrates this. The report could benefit from further research. For example, data regarding the volume of decisions and the number appeals, reviews or complaints lodged in relation to them could be attached to the various processes detailed in the report to provide greater depth and meaning to information provided so far. This is a large undertaking, and unfortunately, comprehensive datasets for such processes appear to be few and far between.

Further, the mapping work cries out for critical analysis and comment.   It throws up many questions around the rationale for the choice of redress mechanisms, the appropriateness and effectiveness, cost and accessibility of one mechanism over another, and why and how these choices were made in the past – and in particular how they should be made in future.

Whilst the Committee’s lifespan has now come to an end, it is hoped that this work on mapping the system can be carried forward, improved upon and updated. In this sense, the map could become the base of an important resource to inform future policy making and shape the priorities of future work and research done in the area of administrative justice and tribunals in Scotland.

The report can be accessed on the STAJAC website: http://www.adminjusticescotland.com/2015eventreports.htm