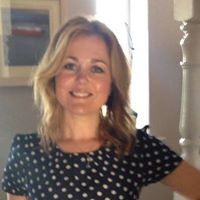 Research on special educational needs (SEN) tribunal appeals has identified a number of barriers to the participation of children and young people and made recommendations for increasing access to justice and for enabling child participation. In this post, Dr Orla Drummond reports on the findings. Details of her project appear in a research profile as part of UKAJI’s Current Research Register (Oct 2016 edition) here.

The legal right for children to be involved in administrative decisions and legal processes that affect them is internationally assured by Article 12(2) of the United Nations Convention on the Rights of the Child. It resoundingly states that the child shall be provided the opportunity to be heard in any judicial and administrative proceeding affecting them, either directly, or through a representative or an appropriate body, in a manner consistent with the procedural rules of national law.

For children considered to have a disability, the right is further reinforced by Article 7 of the UN Convention on the Rights of Persons with Disabilities, which states that children with disabilities have the right to express their views freely on all matters affecting them, their views being given due weight in accordance with their age and maturity, on an equal basis with other children, and to be provided with disability and age-appropriate assistance to realise that right.

While international law specifically enshrines these participative rights, domestic implementation has been hesitant and circumspect due to cultural conceptualisations of childhood and the balance of power between adults and children. Special Educational Needs (SEN) tribunals provide one such example of a tentative approach. These administrative tribunals are invoked in the event of a dispute regarding special educational provision or in a case of disability discrimination. Arguably the child is the most important stakeholder in the process, given that the outcome of the legal decision impacts significantly upon their educational life, yet research has highlighted that children are rarely party to, or attend, SEN tribunals proceedings.

When asked why this would be the case, in research conducted by the School of Law, Ulster University, stakeholders such as parents, education authorities, tribunal administrative staff and judiciary in both Wales and Northern Ireland noted that many children lack the capacity to be involved, often by virtue of their age or disability. Parents in particular stated that they should represent the ‘voice’ of the child and should be empowered to advocate to protect their child’s best interests. Some raised concerns that the child may lack the competence to make decisions and therefore must be protected from damaging their long-term interests through inappropriate choices. For others there was a distinct need to shield the child from sensitive personal information and effectively safeguard them from knowledge of the dispute, their additional support needs and/or their ‘disability’. As one parent noted, ‘My child has never been aware that there is anything wrong with him.’

In addition, there were concerns that the tribunal was overly formal, legalist and adversarial and would not be suitably child-friendly. Respondents claimed that the SEN tribunal process was complicated, intimidating and time-consuming, with many struggling to access the fundamental support necessary to deal with the problems they encountered. They noted struggling with the paperwork required for the process; issues deciphering jargon; problems understanding the relevant legislation; and difficulties preparing essential case statements. Parents also complained that tribunal-based literature did not prepare them for the process, claiming a disparity between the informal hearing they expected and the formal, legalistic process they experienced.

One key aspect of the findings was the persistent inequality of legal arms at SEN tribunals. Unrepresented parents frequently encountered a process where the opposing party was represented by barristers and/or solicitors, heightening tensions and generating an adversarial environment. Respondents relayed feelings of procedural unfairness, stating that it wasn’t a level playing field, with their chances of success diminished by the legal might of the opposing education authority. In terms of child participation, the experience of a legalistic process heightened parental protectionism, with many fearing the possibility of exposing their child to cross examination by opposing legal representation.  Some parents and tribunal panel members were concerned that the hearing, as it currently exists, would be unsuitable for children to attend.

Other concerns noted by respondents included the apprehension that the tribunal was, too often, a mechanism of the middle class, with people from poorer backgrounds lacking knowledge of the system, thereby rendered unable to participate. Access issues were also raised for those with lower literacy skills, low confidence and the socially isolated.  Additionally, questions were raised concerning judicial capacity to engage with children within the tribunal setting, particularly in relation to communication skills and developing a child-centred environment. Many of the respondent tribunal panel members noted the need for additional training in communicating with children, with one advancing that barristers and solicitors should also have specialist training for engaging with children.

While we have observed the recent introduction of legislative advances in relation to child participation at SEN tribunals, such as the Education (Wales) Measure 2009 and the Special Educational Needs and Disability Act (Northern Ireland) 2016, which guarantee child rights to appeal to the tribunal, there are still fundamental procedural and attitudinal issues which need to be addressed in order to realise the meaningful participation of children in SEN decision-making. All tribunal participants, including children, require flexibility within the process to enable participation tailored to their individual needs. In the spirt of justice, participants should not be excluded by virtue of their lack of legal capacity, low literacy skills, their age or disability. Legal advice and support are essential for all participants to enable understanding of their legal rights, the issue at hand, legal remedies available and guidance through the process. Addressing the formality of the tribunal and the inequality of legal arms are necessary to bolster procedural fairness. Legal training on engaging and communicating with children, for all legal representatives and the judiciary, is a fundamental starting point.

These are just a few suggestions arising from the research. What is ultimately required is further research on the role of children in administrative decision-making to culminate in the identification of a model of best practice to ensure their voices are heard and given due weight in matters impacting their lives.

« Socially Sustainable Public Procurement
Should there be a fundamental right to administrative justice in the UK? »