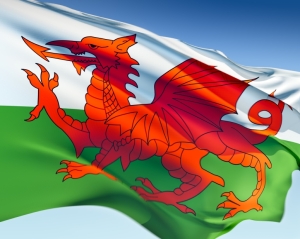 A full summary of the panel discussion, by Sarah Nason (Bangor University), is available here. Below is a brief overview of the main issues discussed.

The panel brought together perspectives from tribunals and commissioners, the ombud, justice policy development within government, and academic researchers. The aim of the session was to improve awareness and stimulate discussion especially in light of a number of recent consultations and reports and other materials relevant to the future of administrative justice in Wales.

A key document has come to be known as the legacy report of the Committee for Administrative Justice and Tribunals Wales (CAJTW); which operated between November 2013 and March 2016. This was the subject of a previous blog post; the report and the Welsh Government’s response can be found here. Other materials specifically relating to Wales include the Report of the Justice Stakeholder Group to the Minister for Public Services, Law and Justice in Wales: Some Issues for the Next Assembly (March 2016) and a report by Cardiff University’s Wales Governance Centre, Justice in Wales: Principles, Progress and Next Steps (September 2016).

‘Significant progress has been made through business improvements and reforming policies and procedures to improve user experience.’

The panel however, acknowledged that administrative justice is wider than courts and tribunals. Members discussed the work of commissioners – namely the Older People’s Commissioner for Wales and the Children’s Commissioner for Wales. Looking at their work, especially from the ‘bottom-up’ user perspective, is important because they may be relevant in resolving issues that might otherwise have to be dealt with by more formal elements of the administrative justice system. This is likely to be increasingly important as the two open consultations (noted above) both effectively recommend reducing the availability of more traditional tribunal and court redress.

An area in which Wales has been at the cutting edge is in the role of the Public Services Ombudsman for Wales (PSOW), especially in the office’s ability to provide a ‘one stop shop’ for concerns and complaints spanning a range of issues across all devolved public services in Wales. The PSOW is currently working on a thematic report from its casework evidence on complaint handling that will give examples of what happens when things go badly wrong. This should be issued in the New Year.

Many of the future challenges facing administrative justice in Wales surround austerity measures and the need to ensure that the system is as effective as possible in light of reduced resources. The potential for increased online dispute resolution and other aspects of ‘digitisation’ was seen as a good thing for Wales, bearing in mind always that appropriate resources should be assigned to those digitally disadvantaged or excluded, and to those cases which by their nature require a day in court/tribunal.

One person’s ‘proportionate’ dispute resolution is another’s means to reduce costs under austerity politics (or even to make profits out of disputes) and at the same time to insulate (what appears to be mainly central government given the scope of current reforms) from the scrutiny of tribunals and courts. Dr. Nason noted that reforms have sometimes lacked a solid evidence base (for example there is limited data on the comparative costs of designing and operating particular systems or models of administrative justice); lacked a joined-up approach between government departments; and sometimes lost sight of the idea of ‘holistic’ administrative justice (administrative justice as a process or system of feedback/learning between constituent elements rather than being purely about ‘triaging’ and/or ‘gatekeeping’ between redress levels in a hierarchy). In whatever manner these and other reforms come to be implemented in Wales it was suggested that evidence, and a joined-up and holistic approach, ought to be a hallmark of the Welsh strategy, and could more realistically be achieved in Wales given its comparative size.

‘Evidence, and a joined-up and holistic approach, ought to be a hallmark of the Welsh strategy.’

Administrative justice has also been used as a foundation for considering a distinct Welsh approach to justice more generally. Both the Justice Stakeholder Group Report and the Justice in Wales Report from the Wales Governance Centre use administrative justice to show how Wales has already adapted to distinct justice matters in Wales, and how that can be extended to other areas of justice.

The panel discussed the issue of oversight of the administrative justice system in Wales. Since the work of CAJTW and the Ministerial Justice Stakeholder Group came to an end in March 2016, there remains no formal oversight body in Wales with a wide remit. However, there are networks of key stakeholders whose interactions have been facilitated by the CAJTW, Welsh Government, and of course UKAJI. Their continued engagement could be secured by convening a forum of stakeholders from the justice sector and the legal sector, and a focus on administrative justice within Welsh university law schools.