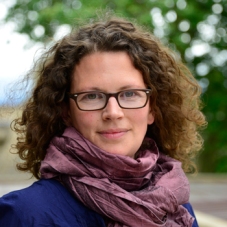 The user perspective is widely seen as an understudied aspect of administrative justice. A new report provides useful insights into one aspect of this: complainants’ expectations and experiences of ombud schemes, across public- and private-sector complaints. The report, by Dr Naomi Creutzfeldt, is the final report in her ESRC-funded project ‘Trusting the middle-man: Impact and legitimacy of ombudsmen in Europe’.

This final report, which provides comparative data on expectations and perceptions of recent users of ombud schemes in Germany, the UK and France, is a valuable contribution to the understanding of ombudsman procedures. It is the first study of its kind in applying the same methodology (survey) across several different redress providers in different countries.

Creutzfeldt included both public-sector and private-sector ombud schemes. She notes the differences in the types and complexity of these complaints and the different outcomes sought by complainants. Her qualitative data shows that users of public ombudsmen generally seek accountability, want to change the system and prevent others from suffering the same problems. Further, usually a complaint brought to a public ombudsman is complex, involves a multitude of bodies and might include different procedural steps than a complaint brought to a private ombudsman.

She also notes cultural differences in the responses from complainants. For example, in the UK sample getting an apology (48.7%) was far more important than for respondents in the German sample (18.8%). On the other hand, getting ‘what is lawfully mine’ (Germany: 83%; UK: 61.6%) and getting financial compensation (Germany: 81.4%; UK: 61.9%) were the most important reasons to complain reported by the German sample. She believes that these trends are due to the national legal culture that produces a specific disputing behaviour and expectation of a dispute resolution system. In Germany, all ombudsmen are retired judges and their staff are lawyers. This means that, although they are providing informal dispute resolution, their work reflects the power of the law.

In the UK, getting an apology is one of the most important factors in an individual’s decision to complain. The notion of getting the company that caused the complaint to acknowledge they were wrong and to change their procedures seems very important. Creutzfeldt argues that this is also a cultural impulse; it appears to be important for respondents in the UK sample to hear from the company that they made a mistake and to get an apology. Also, the importance of being treated with respect and trying to prevent others from having the same problem reveals significant differences in comparison to the German sample.

A typical respondent to the survey was male, middle-aged, and educated (ethnicity was only asked for the UK sample: British and white). This is possibly the same group that are able to navigate through the formal justice system.

The data showed that the German respondents expected a legalistic and formal ADR procedure; whereas the UK respondents value being listened to, preventing others from having the same problem and being treated with respect. The French respondents seemed unsure about what to expect from the ADR procedure overall. National distinctions in expectations of the provision of ADR are possibly based on peoples’ legal cultures and legal socialisation.

There is a high importance placed on the quality of respondents’ interaction with the staff at first contact. Staff procedural justice – voice, being heard, being treated respectfully and neutrality – is very important in the ombudsman context and promotes outcome acceptance.

Respondents’ expectations are very high; this is influenced by their complaint journey before contacting the ombudsman. An ADR body can only be contacted after a complainant unsuccessfully completes the internal complaints procedure with the body complained about – this means the person approaching the ombudsman has already been through a dissatisfactory procedure and is filled with emotions.

If expectations were managed better at first contact and regular high-quality communication were ensured, then the consumer would understand what to expect; this has an effect on overall outcome acceptance.

The study contributes to a discussion about how procedures can be better suited to citizen-consumer expectations and where these expectations are unable to be met. The value of procedural justice and transparent communication is evident and applicable to all bodies.