On 5 December 2016, the Cabinet Office published the draft Public Service Ombudsman Bill, setting out its proposals for bringing together the responsibilities of the current Parliamentary and Health Service Ombudsman and the Local Government Ombudsman to create a new organisation with strengthened governance and accountability for complaints about public services in England. The Bill has had a long gestation, starting with a review in 2014 by Robert Gordon QC, then a public consultation in spring of 2015, the government’s response one year ago, and now the draft Bill.

UKAJI is publishing a series of pieces on the draft Bill, from a range of contributors and perspectives. The initial post, by Richard Kirkham and Brian Thompson, asked whether the changes in the draft legislation constitute significant reform. In the second post of the series, Gavin McBurnie compared the recommendations for reform made by the UK Parliament and the PHSO with the proposals in the draft Bill. Here, in the third post of the series, Della Reynolds of phsothefacts explores the draft Bill from a user’s perspective and expresses disappointment at the missed opportunity to bring in real and substantive change for users. 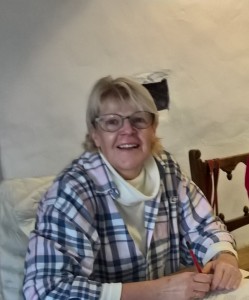 In theory, the Parliamentary Ombudsman exists to protect the public from the abuse of power, and this is an essential function for any democracy. In order to achieve this, the ombud has independence from government to be able to hold the executive to account. Yet the draft legislation for the new Public Service Ombudsman (PSO) has to date been narrowly controlled by the Cabinet Office. There is an inherent flaw in allowing the executive to design its own monitoring body, and the results are apparent in the self-serving nature of the draft legislation. There has been a lack of consultation with the public and with academics as the Cabinet Office ponderously transferred all the worst of the original legislation and more to produce a new ombud who has even fewer teeth than the previous one. In written evidence to PACAC (Dec 2016), Richard Kirkham and Brian Thompson have aptly named the draft proposal the ‘Whitehall Model’, and clearly Whitehall will have the most to gain if these proposals move forward without radical scrutiny.

The rhetoric in the foreword from Chris Skidmore, Minister for the Constitution, gives the first warning that the Cabinet Office have failed to grasp the reality of blighted lives caused by injustice. Rather than take this rare opportunity to deliver a credible ombud, we have been delivered instead a mendacious promise:

‘Complaints should be welcomed as an opportunity to restore the confidence of its users, and to learn how to improve its service. There are times when matters cannot be resolved like this. Those times are when citizens need access to an independent and strong ombudsman who can launch an impartial investigation.’

Bark, but no bite

Most significantly a strong, independent and impartial ombud needs binding powers to enforce change on reluctant public bodies that have been found to be negligent. However, the new proposals allow authorities to ‘have regard’ to recommendations but take no action:

A toothless watchdog designed to bark (no doubt with many public statements of how services are failing) but with no bite to make improvement or hold anyone to account is, in short, a total waste of money. Better to have nothing than to have an ombud raise false hope and fail to deliver. Many have found the PHSO’s investigation to be the most traumatic part of their experience, far worse than the original event. No other ombud service in the UK has such reduced powers as these – a cruel twist on the promise to ‘better serve the public’.

It has previously been recognised that effective powers of delivery are essential. Carolyn Hirst (researcher and former lecturer Queen Margaret University) comments in her 2016 keynote address to Anzoa Conference that private-sector ombudsman have previously been given wide-ranging powers which made them respected monitors:

‘These ombudsmen had new features, particularly the ability to make binding decisions and a jurisdiction which went beyond maladministration to allow the merits of decisions to be reviewed.’

Keith Conradi, the new Chief Investigator at the Healthcare Safety Investigation Branch (HSIB) and former head of the Air Accident Investigations Branch for 14 years, has identified a similar issue with HSIB as reported by the Health Service Journal.

‘I am lobbying for legislation that does require a response [to safety recommendations]. This is what happens in aviation – there is a requirement to respond. That doesn’t say you have to comply but if you decide not to you have to give a reason. If you are intending to accept the recommendation you have to say how you intend to work your way through it. I believe that without having those powers in the background, people will take these [recommendations] away and no difference will be made.’ phsothefacts.com/2017/01/22

‘No difference will be made’, spoken by a man with the experience to know. In order to justify its existence by retaining high compliance ratings, the new Public Service Ombudsman will be forced to negotiate an outcome that is acceptable to the public body –  nothing strong or independent about that.

The draft bill makes promises it can’t hope to keep:

‘The measures in this draft Bill will ensure that anyone who makes a justified complaint can expect a rapid, effective remedy and that their voice will be heard.’ (Foreword)

Rapid is the last thing to expect when making a public-service complaint. The first internal processes can take well over a year, and no sanctions are applied for unnecessary delay. Access to the ombud requires the final closedown of the initial complaint; this legislation has missed the opportunity to allow aggrieved complainants early access when faced with obfuscation, such as that provided by the Scottish Public Services Ombudsman (SPSO), who can be approached after 20 days. If the PSO is to have an effective role in assisting bodies to learn the lessons from complaints, then it needs to be brought into the process much closer to the time of the incident, when the learning is most relevant. The PSO should be able to offer mediation services to prevent public bodies and NHS Trusts from prevaricating. This would help deliver timely resolution and improve complaint handling. A deadline of one month from the time of the formal complaint would be appropriate.

Instead, the new PSO will be able to act only in an advisory role as ‘champion’ to improve complaint handling, which falls far short of the statutory powers awarded (in the Public Services Reform (Scotland) Act 2010) to the SPSO, who acts as a Complaints Standards Authority, enforcing reform of complaints handling by the bodies in jurisdiction.

Equally, not every voice will be heard due to lack of resources and a cumbersome investigation process. The catch-all is the word ‘justified’, and the PSO has total discretion to make this decision with or without investigation. The PHSO already has a very high bar of ‘justification’, and this is demonstrated by the low uphold rate. In her 2015 research project Trusting the Middle-man, Naomi Creutzfeldt (University of Westminster) found that 66.35% of users of private-sector ombuds felt the outcome was in their favour, whereas only 10.39% of those using public-sector ombuds felt they had received a favourable outcome. What can account for this difference? Are complaints about public services more likely to be spurious? Or is there less willingness on the part of public-sector ombuds to criticise public services? In my experience, people don’t waste their time making spurious complaints and persisting through a protracted redress process for malicious purposes. They make complaints because they have suffered injustice and they have the evidence to support their claims. Why then are so few of these complaints upheld?

The new PSO will still be required to identify harm caused by maladministration. The term ‘maladministration’ cannot be defined, yet this nebulous concept is used as the determining principle for upholding a complaint. Maladministration is impossible to verify when all statutory and non-statutory policies are considered to be guidance only and not mandatory. This is a flawed model which allows public bodies to continue causing harm, and the opportunity to replace it has not been taken.

Finally, service uses are frustrated by the lack of accountability of the ombud itself. The total discretion to act as ‘she sees fit’, lack of external audit and the ability to handle all complaints about its own service internally mean that the ombud can and does act with impunity. In response to the public outcry caused by this frustration, the government proposals suggest that a ‘modern governance structure’ will keep the PSO in check.

Although the proposed Board will have a duty to monitor the quality and efficiency of the service, it will have no power to take action if poor quality is detected. The Board can report such deficits to the parliamentary commission, but the commission will be forbidden by the legislation from ‘questioning the merits of the actions taken by the Ombudsman in a particular case’. So a Board with limited power reports to a parliamentary commission who can take no action, and this is described as robust accountability? A recent research project exploring the concerns of online critics of ombud services highlighted that many users believe that systems of accountability for the quality of decision-making are inadequate:

‘Some participants felt strongly that, as a result, the quality of ombudsman schemes’ decisions were subject to almost no external oversight. The perception was expressed that the schemes were analogous to a bean factory, where the only concern was on the procedures and efficiency of bean processing and no one tasted the quality of the final product. One participant noted that Parliamentary scrutiny did involve asking some searching questions, but that evasive answers were not sufficiently followed up. Generally, there was a lack of interest and knowledge amongst the public and parliamentarians about ombudsman schemes and administrative justice, which meant accountability was weakened.’

After such a long wait it is disappointing to see that the government have taken none of the opportunities to deliver an effective new ombud for the public. The PSO draft legislation contains all the same flaws and loopholes that make the present service universally condemned by the Patients Association  and others as ‘not fit for purpose’.

It also flies in the face of the new ‘shared society’ ideal put forward in a recent speech by Theresa May, in which she pledged to tackle ‘everyday injustices’ and put fairness at the heart of her government’s agenda while setting out her vision for a ‘shared society’.

Fairness to the public was not at the heart of this particular public agenda, and everyday injustices will continue to be delivered without fear of sanction or accountability from a watchdog that will have fewer powers than all other UK ombuds.

A more detailed analysis of the draft legislation can be seen here.